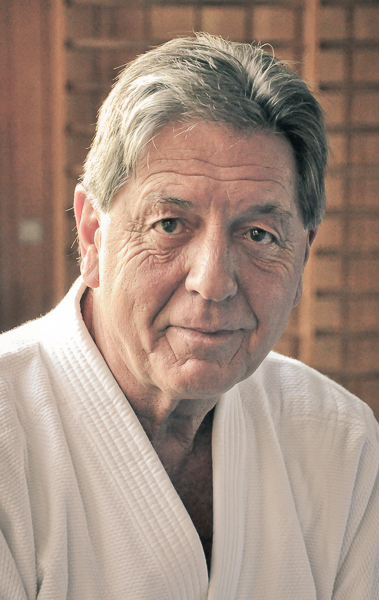 Curtis Sensei’s first encounter with Aikido was in 1968, with then student of Koichi Tohei Sensei, Yoshimitsu Yamada Sensei, in New York City.  Later, after attending a three-year meditation retreat, Sensei began training with his teachers Koichi Tohei Sensei (Japan) and Shinichi Suzuki Sensei (Maui) in 1974.  Curtis Sensei served as Suzuki Sensei’s otomo for many years, accompanying him as he traveled to attend and teach seminars in Japan, the United States, South America, and Europe.

Curtis Sensei now teaches regularly at Maui Ki-Aikido and continues to travel and teach Aikido and Ki Principles throughout Hawaii, the United States, and Europe. After of teaching regularly in Europe since 2004, the Europe Ki Federation (EUKF) was established in 2018, bringing all Ki Society dojos in Europe together as one.

Curtis Sensei has authored the book “Letting Go,” addressing the practice of Ki-Aikido in daily life, “Ki Aikido on Maui – A Training Manual,” which addresses each step of the process of Ki Society training as it is approached at the Maui Shunshinkan Dojo, and “Otomo – A Journey,” which is a semi-autobiographical account of his many years of practice with his teacher on Maui, Shinichi Suzuki Sensei.